A study by Healthcentric Advisors’ Kimberly Pelland, Blake Morphis, and Rebekah Gardner, as well as Daniel Harris of the University of Toronto, reveals the current status of advance care planning (ACP) conversations in healthcare settings across New England. It highlights opportunities to increase use of Medicare’s ACP codes. Based on data from Medicare claims, they conducted a retrospective observational analysis of ACP claims in 2016, the first year that Medicare introduced a new billing code for ACP conversations.

The authors performed chi-square tests and multivariable logistic regression adjusting for beneficiary characteristics. They found limited uptake in the use of the billing code and found disparities in race and sex: white beneficiaries and females were more likely to have an ACP conversation than male and nonwhite beneficiaries. While it is possible that clinicians may be having ACP conversations and not billing for them, this study demonstrates a missed opportunity for many who are not having these conversations with their patients. 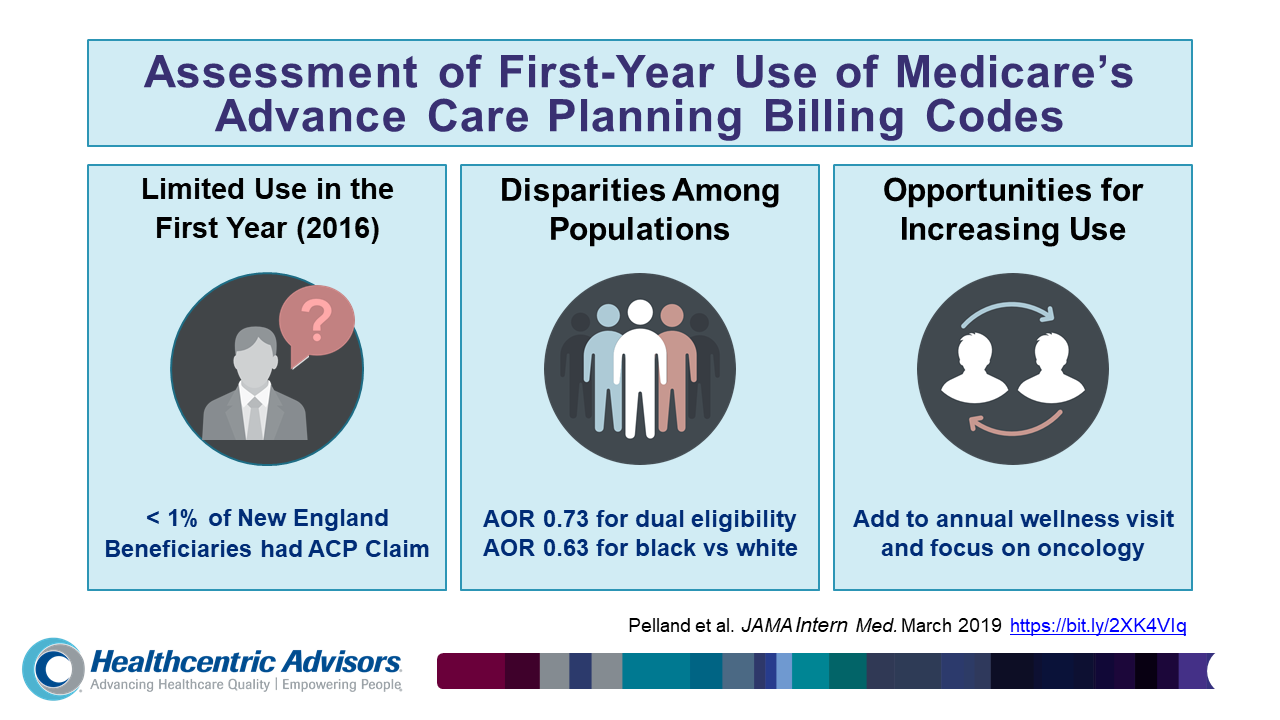