What follows is the story of a sepsis survivor, as told to Healthcentric Advisors. We have changed her name for anonymity.

Part 4: Knowledge about Sepsis and Post-Sepsis

When Ellen got sepsis, she didn’t know anything about it. She was seeing a big team of specialists and wasn’t provided with much education about it. Now, providers and patients are provided with more information, and there is more education about both sepsis and post-sepsis syndrome. Ellen knew that sepsis existed, because her mom’s friend had sepsis at one point, but she thought “it was if you left something untreated” and that “you had to be sick for a very long time,” neither of which is actually the case. Even after discharge, she was not told much about sepsis, or anything about post-sepsis syndrome.

For healthcare providers, this is often also the case. They know about sepsis, but not about post-sepsis syndrome. Healthcentric Advisors found this to be true when they ran train-the-trainer workshops, only 5% of people attending were familiar with post-sepsis syndrome. After the training, 100% were. The hope is that more providers will receive this kind of training and the knowledge of this will be more widespread.

Though the most dramatic pre- and post-training increase was in post-sepsis syndrome knowledge, other marked improvements were seen in the percentages of people with awareness of the early signs and symptoms for elderly patients experiencing sepsis (74%), as well as the appropriate diagnostic tests for all patients (62%) before the training. After the training, by contrast, 100% of participants said they had the requisite knowledge for these two areas. 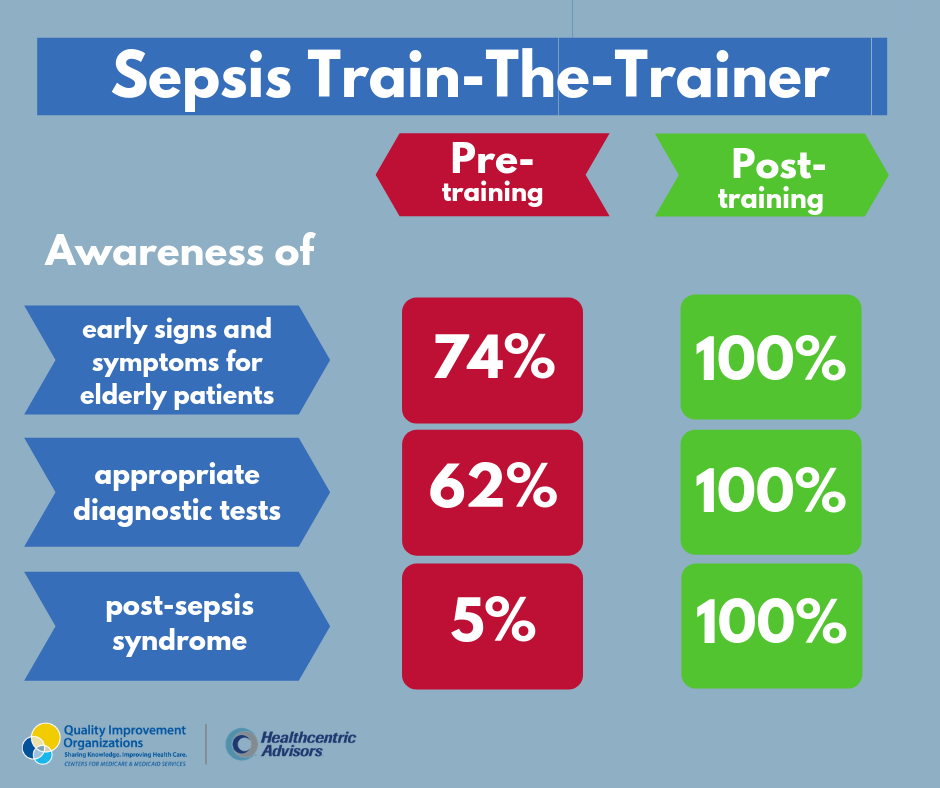 Ellen’s story shows how quickly things can escalate without a proper diagnosis. It also shows how sepsis survivors bravely cary on in their lives, including those with post-sepsis syndrome. As with all health issues, education is key. Both patients and medical practitioners need to understand the warning signs of sepsis.