What follows is the story of a sepsis survivor, as told to Healthcentric Advisors. We have changed her name for anonymity.

Eight hours after being admitted, Ellen was still in the hospital. The doctors now wouldn’t send her home, because her pain continued and they couldn’t figure out why. The administered treatments because she was having trouble breathing. Even though she felt terrible, the nurses had minimized her symptoms.

They were “telling me that I was fine and I was just overreacting and I needed to calm down,” Ellen said. A respiratory specialist saw her and told the doctors that despite what the nurses had originally thought, something was really not right. Shortly after, things took a sharp turn for the worse. “Both of my lungs had collapsed and were filled with fluid.”

After being rushed into the ICU, they had to drain the fluid from her lungs and give her fentanyl. After a 24-hour stay in the ICU, she spent several more days in the hospital recovering. An infectious disease specialist told her she had gotten sepsis. Ellen learned that the initial infection was in her kidneys, then spread to her lungs. As is typical of sepsis, the infection came on quickly. 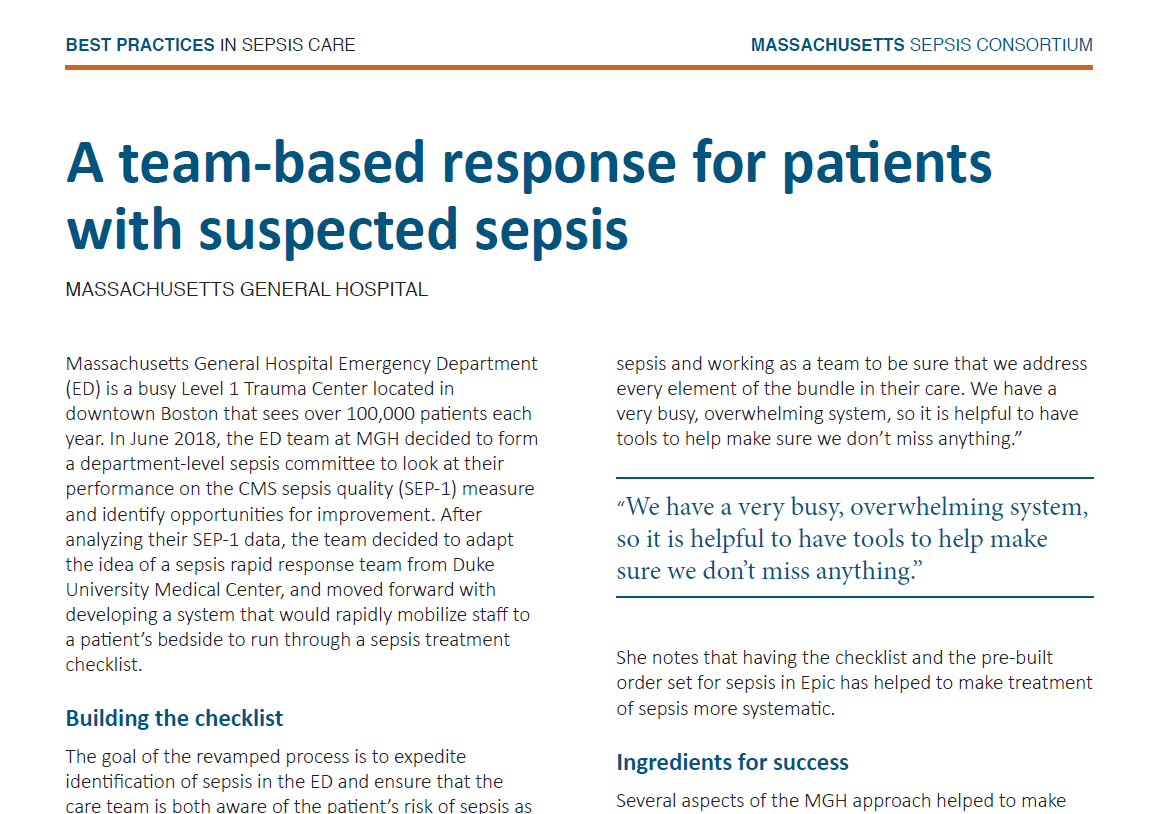 Read the next part.