Moreover, physicians who were aware of websites that report physician and hospital quality tended to believe that the information was not accurate, regardless of the source. Only 32% reported that Medicare public reporting sites were “slightly,” somewhat,” or “very accurate,” while 43% reported that reviews on commercial physician-rating websites were “not at all accurate.” 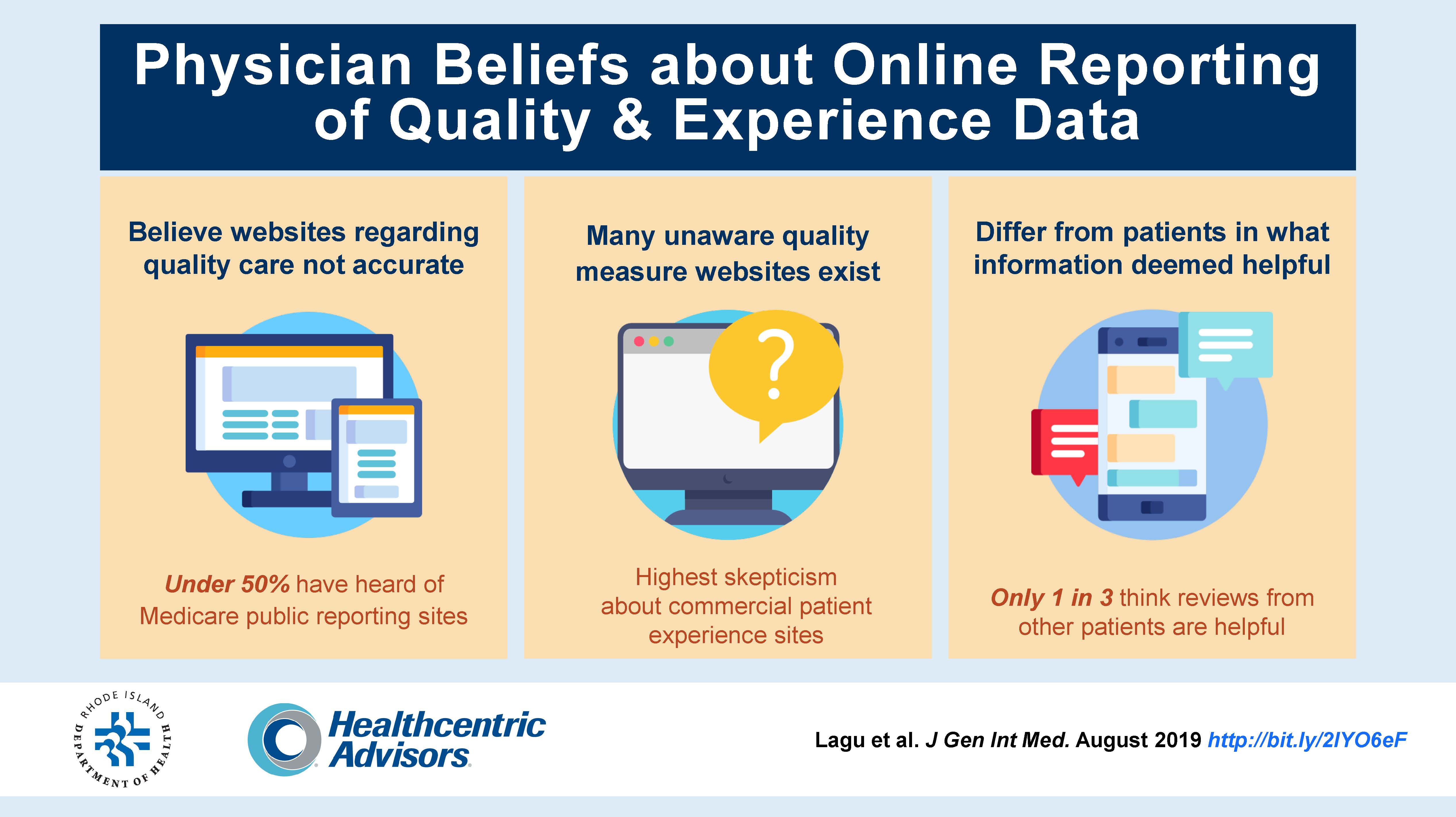 “There’s a remarkable discordance between patients’ and doctors’ opinions of online quality reporting and online patient reviews and comments,” said Dr. Rebekah Gardner, the senior author of the study and Associate Professor of Medicine at the Warren Alpert Medical School of Brown University, Senior Medical Scientist at Healthcentric Advisors, and a practicing internist at Rhode Island Hospital.

The study was conducted by researchers from Brown University, Healthcentric Advisors, and the University of Massachusetts/Baystate.

Physician survey respondents also had strong opinions about the types of information they felt would be helpful for patients choosing a new physician. Most reported that information on board certification (80%), clinical interests (76%), and languages spoken (66%) would be helpful to patients. Only 35% of physicians reported that quality measures were helpful in choosing a physician, and just 34% believed that reviews from other patients were helpful. These findings are in stark contrast to other reports that a majority of patients believe online reviews are useful when choosing a clinician.

Describing their findings, the authors conclude that movement towards greater transparency and patient involvement in health care may need to consider how to adapt current reporting websites to better serve both patients and physicians.

“Moving forward, we need to develop tools to report quality and experience data in ways that are better understood by patients and that are more acceptable to physicians,” said Dr. Gardner, “because ultimately, these sites are designed to help patients pick a physician and to spur physician and hospital improvement efforts around patient experience, quality, and health care outcomes.”

The survey, focused on health information technology (HIT), has been administered by the Rhode Island Department of Health since 2008 as part of the state’s legislatively mandated Healthcare Quality Reporting Program. Survey data are used to measure and report process measures relating to HIT adoption and use, as well as the impact of HIT on physicians’ workflow and job satisfaction. The authors developed two additional questions for the 2017 survey about physicians’ beliefs and attitudes about websites that report data on experience and quality, including patient-generated reviews.